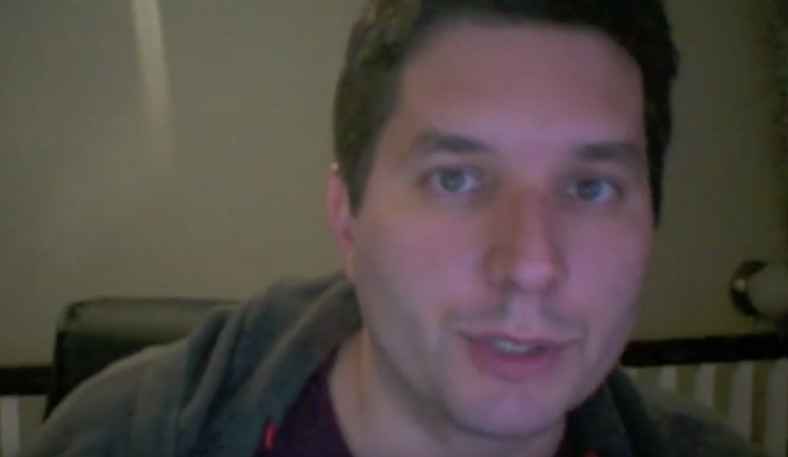 You get fat. That?s the worst thing. I?ve watched every single one of the writers I?ve grown up with???with a few very rare exceptions???get fat. It?s actually quite funny. Look for old videos of me. I was once a calm, skinny early 30-something and now I look like a nervous beluga. There is nothing healthy about this lifestyle. Either accept that or get out now. You can exercise but unless you?re an ectomorph or willing to run more than you write then you?re stuck. You can quit and start surfing and get skinny again,
but this requires you live in Hawaii.

You learn how to write fast. I can put up a blog post in five minutes. I?m not proud. I?ve been sprinting so long that writing anything longer than 1,000 words is an odd feeling. To be a true long-form writer you have to produce, edit, and revise for hours. I learned that blogging ruins long-form when I wrote my books, most notably Marie Antoinette?s Watch. I could not hold a thread and my writing, while dense, was imperfect. I didn?t have the discipline necessary to write long. Here?s hoping I can get it back. Treasure it if you have it, even if it won?t make you any money.

You know what people want to read. I can look at a ?news story? and tell you if people want to read it. I can separate a bullshit piece of PR from actual news. I can figure out what angle will make you click. I?ve been doing that for most of my adult life. A blogger like me can get you hundreds of thousands of page views. All we need is somewhere safe and secure where we can pound out the prose you want to see day after day, month after month, year after year. There are only a few of us. Chris Ziegler. Chris Davies. Greg Kumparak. Joel Johnson. John Gruber. Matt Burns. Devin Coldewey. Nicholas Deleon. Charlie White. Doug Aamoth. Mike Arrington. Om Malik. Josh Topolsky. Brian Heater. Chris Velazco. Mike Butcher. Natasha Lomas. Those are a few of the folks who inspired me. There are some folks who can?t tell the difference between journalism and blog posts. They didn?t get into this because they loved the chase. They?re fine, but they?re not bloggers.

You learn that most of what appears online goes unread. Nobody cares. Nobody will read you. The only way to make them care is to keep doing it, day after day. Write 1,000 words a day. Don?t stop. This holds true in everything. Can you write more words per day? You can, but start at 1,000. Once you do that, day after day, people will notice. Then people will read. Then people will come back. Then you?ll gain a following. You probably won?t make any money but you will have a marketable skill that you can sell.

You learn that the media is broken and you are mostly the cause. I?m sorry. I worked for Gizmodo where we started a new, flippant version of the standard tech writing that once graced the pages of actual paper magazines. We wrote so much that we got cocky and conceited and annoying and we hated our subjects for their earnest desire for coverage. We invented the listicle. We invented the gift guide. We mostly invented the sponsored post. We brought about the move from media to social media and we reacted by creating awful headlines and writing terrible prose. I tried to stay above the fray but it was really hard. Now everything is broken and sucks. I?m honestly really sorry. When I left Laptop Magazine to go to Gawker I didn?t think we?d end up with all these bullshit click-bait headlines like ?This Woman Pulled Her Guts Out Through Her Belly Button. What Happens Next Will Give You Chills.? Seriously. Sorry. This is what happens when you monetize over all else.

we?ll click on photographs of beheaded children. We are amazingly stupid and we need this 24/7 rush of FOMO that pushes us past some disgusting limit. Today?s post is tomorrow?s fish wrapper. PR people have learned to game blogs the way record labels used to game radio DJs. Because there are so many outlets you make each one feel very special and then force them to post at exactly the same time. This makes a perfect funnel cloud of useless knowledge. Think about that next time you read five reviews of the same product at the same time: the bloggers basically are advertising that product for free and, because they think they are doing the world a favor, they feel special. They shouldn?t.

You learn that you can help people. In 2005 I wrote this post. It was about a WD-40 straw holder. It was a throwaway. A few months later I got a call. A nice lady was on the phone. She was trying to track me down. She said that the WD-40 straw holder post saved her company. She was able to sell hundreds of them and stay in business. I felt good for a minute and then wrote 16 more posts that day.

But that stuck with me. Even as a tech reporter???and many would use that term loosely but those people suck???my favorite stories were the ones that gave the little guy a leg up. These posts helped people. People think that bloggers make millions shilling products. We don?t. Those people are called PR professionals and they are far better paid than we are. If you want to be a good blogger you can?t care about who you?re pleasing or who you?re pissing off. You just write. If you?re doing anything else, thinking anything else, you?re wasting your time.

You learn that what you?re doing will probably change in the next few years. Blogging is about to go down the tubes. Long form writing is being replaced by other media. We are consuming soundless videos at an alarming rate, as if we were all rolling back to Charlie Chaplin-era films. We are amazingly stupid. There is something to be said about a really nice, really well-written post. You get a lot out of it. You learn something, you get to think, you get to feel. But ?these kids these days? want their Snapchats and VR so whatever. Go forth and monetize.

You learn that you are a writer. The best thing about writing 11,000 blog posts is that you learn you?re a writer. I wanted to be a writer since I was 10. I wrote comic books and I wrote my first novel in high school. I have 15 works in progress in my Dropbox, in various states of completion, and with a little discipline I think I can finish them. And blogging taught me how.

I?m tired of feeding the maw. I?m taking a little break. I?m still writing at TechCrunch a few times a week but I?m focusing on stuff I like: reviews, longer pieces, maybe a feature or two. But I want to try something else. I?m doing Freemit and I?m willing to talk about how things are changing in the media landscape. I also want to finish a few more books. The family watched Men In Black today. Old Agent D is sitting next to Agent K and he looks up at the stars.

?They?re beautiful, aren?t they?? he says.

He was sad because he couldn?t see their beauty anymore. The same is kind of true for me. I?m pretty cynical when it comes to the shape of the journalism industry. But I rolled with one change and I bet I can roll with another. But right now I need a break. 11,000 posts is a lot. Maybe I need stand back and see what we made and maybe take a breath and smile.

You learn you can do it.

« The Plateau The future is coffee and croissants »