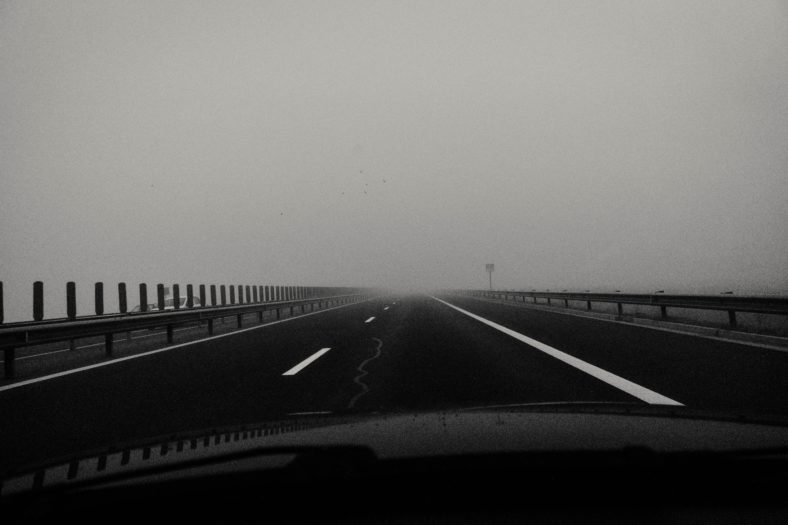 Racing in the Dark

South Brooklyn is quiet. Where there was once an endless chaos of cars and trucks rolling up Sixth Avenue onto the highway, now there is only the expected. The morning begins with a lost Leviathan calling in the fog, a ship coming up an empty river under a silent bridge. Birds come next, in this city of perches, chirping and skittering in the ivy outside our home. The next few hours are tedious with the sound of truck tires hitting a single metal plate in the street outside.

And then we hear the distant sirens, high and lonesome in the empty streets.

The other night, during a Zoom session, I heard a siren outside my window and then outside the window of a friend a few blocks away. We were connected in space, briefly, by the thin strand of a rising note. This is the sound of the city, now: emergency.

A plane comes down, roaring its landing call, once or twice a day. A month ago, perhaps, there were dozens an hour.

Then, late at night, you hear the racers on the highways girding Bay Ridge. The police are busy elsewhere and besides, why patrol a deserted stretch of road? The racers rev up, the engines burring and the dopplering off into a whine. Sometimes they come down our street, these squat cars with big mufflers, music blaring. Reminders, perhaps, of summer parties that may never be, a freedom found on roads unbound.

We are in a time of quiet unmatched in any recent memory. In New York we spent a week or even two harassed by memories of 9/11 but October came as we knew it would and then November followed and a Christmas of rain and bad memories. As a boy I remember spending days inside thanks to ice and snow, but never months. We?ve returned to a primeval time, a time in which our world entire was made up of whatever was at hand. Nothing new can enter, nothing old can leave.

In his book on sleep, Wild Nights, Benjamin Reiss reminds us that we once spent whole seasons like this. Escape came only when the machines we used to do our work were too expensive to own.

As late as 1880, one observer said that residents of the Eastern Pyrenees were ?as idel [sic] as marmots? during the cold months.

Entire mountain regions would essentially shut down in late autumn, with some villages essentially ?entombing? themselves through the early spring. One georgrapher wrote in 1909 that ?the inhabitants re-emerge in spring, disheveled and anaemic.? Even some lower lying regions, with more temperate weather, showed signs of prolonged torpor. An official report in 1844 described what happened to Burgundian day laborers after the harvest season had ended: ?After making the necessary repairs to their tools, these vigorous men will now spend their days in bed, packing their bodies tightly together in order to stay warm and to eat less food. They weaken themselves deliberately.?

Some nights I want out.

I want to get in our car and drive. I want to rent an RV and leave this warren of contagion on this unsinking island. I want to find a place where the air is pure and the grass is good and the stress doesn?t feel like a smothering blanket.

But I have that here, now, don?t I? The cars are put away, the planes don?t hiss across the sky. The water runs cool and pure in the taps while we pour good drinks and parcel out good food onto clean dishes.

To me, there?s one thing missing and that?s friends with which to share this time but I have my brood here and we are happy. I grieve for those who don?t have others with them and who need help, but they?ve probably found their solutions too. This is a city of perches, as we know, and know each heart finds its aerie.

In this time of hiding, the world reflects our worst fears. We fear the outsider coming to our town. We fear the army of incompetent professionals, disconnected from the real doers. We fear the rumors of a man-made disease escaping some lab. Each cough is a death knell, a sneeze a nuclear strike.

We fear. And how do we stop?

The answer is simple: we will, one day, escape this. We will walk out of our homes, blinking, and roar back into the lanes that were empty for such a short time. And, barring this terror repeating, we?ll race to remake the world, taking with us this time abed as a foundation for a new life. Or, better yet, we shake off this rude dream and start anew, the fog of a dark season lifted to reveal the light.

Photo by Vlad Calin on Unsplash

« I’m mentoring at ReaktorX in Warsaw The Get Funded! Podcast »