Tablet PCs Are Back in Style

Technology, like fashion, runs in cycles. Every few years, bell-bottoms and plaids tend to reappear, and so does COBOL, Amiga hardware emulation and, that old chestnut, the tablet computer.

This year’s PCExpo in New York City featured a number of new tablet computing products designed to run Microsoft Windows XP Tablet Edition, which will be released in early November 2002. The idea behind tablet PCs, however, has been around since the Apple Newton. In fact, the new implementations are not all that innovative–they simply take advantage of more powerful, lighter hardware.

The main stumbling block in tablet PC incarnations historically has been size and power consumption. To be truly “tablet-like” requires a small footprint and a massive touchscreen, difficult constraints for pre-2000 hardware. 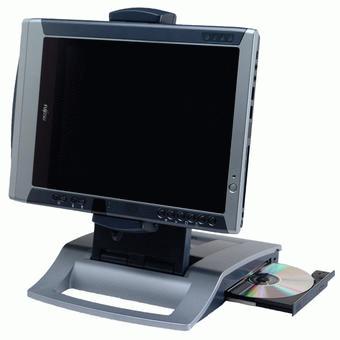 Tablet PCs have been around for about twenty years and are usually defined as having a large, touch-enabled screen that uses character recognition and “digital ink” as the central user-input method. Not counting PDAs, there are currently three types of tablet PCs:

Mordy Ovits, a Linux user in New York City, has been using the Fujitsu Stylistic tablet PCs that he bought for “about $50” as wireless webpads and X11 terminals. He is running a 2.2.17 kernel on them that required little tweaking. He said that the installation wasn’t difficult, but it took time trying to find the right drivers.

Because the latest systems are simply PCs with touchscreens, Linux installations should be fairly painless. Indeed, Ovits says that his installation took less talent than time. The hardest part was solving the problem of pen interaction. “It’s only recently that Linux got usable with a pen, mostly due to interest in the iPaq”, he says. He believes that the current crop of handheld applications at handhelds.org helped with his search to build the perfect tablet PC.

On-line, programmers at www.linuxslate.org have successfully written drivers for X11 using the pen as a pointer. Coupled with their calibration program, fpitcal, to ensure proper pointing and xscribble, one of the better handwriting recognition systems for Linux, you have a fully functioning tablet PC.

Installing pen drivers is as simple as installing any other pointing device. First, set up the serial device to correctly accept input from the digitizer:

Then make the fpit driver, and add the following lines to your XF86Config file:

Ovitz said that space was tight on his Stylistics tablet, but he got a standard installation of Mandrake to work without any changes to the basic kernel. Future tablet computers should be much easier to configure and install as the digitizer code base enters mainstream distributions.

“I suppose it will get easier with time”, Mordy says. “It reminded me of getting Linux usable in the mid 90s. It was rough, but you could see the glimmer of a sparkling future.”

John D. Biggs is a writer and consultant living in Brooklyn, New York.